New Kid on the Block, LWS


.. Life with Solaris, that is. I just noticed a new web site called Life with Solaris that appears to be evolving in the footsteps of Blastwave and OpenCSW. As of today, the folks at LWS seem to have built some of the popular open source media players like Xine, VLC for different distributions of Solaris - Solaris 10, Solaris Nevada and OpenSolaris 2008.05

The first step in installing the packages from LWS is to install the pkg-admin tool (a perl script). To install pkg-admin, simply run the following command as 'root' user.

The tool will be installed under /opt/LWS/bin/. Adjust the PATH appropriately so you don't have to specify the absolute path everytime you try to install some package.

Syntax and an example to install the packages with pkg-admin: 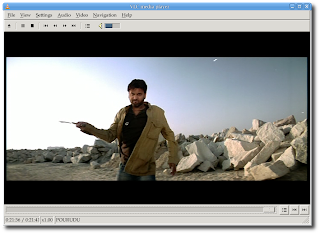 While we are at it, check out Dennis Clarke's blog post around playing videos with MPlayer on OpenSolaris. With little luck, the same binary might work on Solaris Nevada or even on Solaris 10 running on similar processor architecture. I tried the same binary (that was intended for OpenSolaris distribution) on my laptop running Solaris Nevada build 95 (snv_95); and it works great. Check the screenshot out. 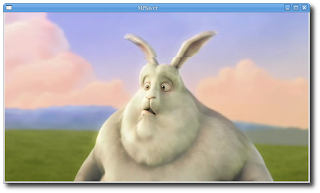 Just in case if the resulting screenshot is completely painted blue in the window area where you are supposed to see the actual image of the video playing at that moment, try passing the arguments "-vo gl" to mplayer. For example: